My Sexy Saturday ( http://www.mysexysaturday.blogspot.com/ ) is a place for authors to showcase snippets of their sexy works with 7 words, 7 sentences, or 7 paragraphs.

This week I'm sharing 7 paragraphs from my WIP "Mountains and Skyscrapers".  Elle and Michael are having a 'first date' of sorts, at the Denver Art Museum.  She knows that she shouldn't be as interested in him as she is, because, after all, he is trying to buy her design firm.  Not that he knows it's her firm yet, of course.  Oh, the tangled webs they weave, webs even strong enough to catch hearts.

“It’s much easier than you think,” she whispered, squeezing his hand and leaning close as they admired Waterloo Bridge by Claude Monet.

“Painting.  You should try it some time.”

“Nonsense.  Just draw what you see.  Trust what your eyes tell you is there and copy it.”

He turned to her and put his hand under her chin, tilting her face up to his.  “I do trust what my eyes tell me.”

Her cheeks flushed and she turned away.  “You should come over and paint with me sometime.  I’m curious to see what you would come up with.” 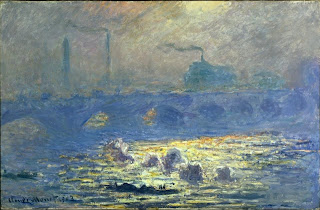 Email ThisBlogThis!Share to TwitterShare to FacebookShare to Pinterest
Labels: Art, My Sexy Saturday

My Sexy Saturday ( http://www.mysexysaturday.blogspot.com/ ) has provided a great place for authors to showcase snippets of their works.  7 words, 7 sentences, or 7 paragraphs.

This week I'm sharing 7 paragraphs from my WIP "The Zookeeper".  Elizabeth Tanner has just found out that her ex husband, Juan, has decided to name his new baby after a recently deceased zoo animal that she was particularly close with.  Her nerves are near shot as it is, and when the detective asks her what's wrong, she just might lose it.

“Nothing that concerns you!  I don’t want to talk about it.”  She made no movement, and neither did he.  Just tell him the truth.  He’s just a friend anyways, and he’ll be gone as soon as the investigation is over.  After a few long, silent moments, she blurted, “Look, Alec, I can’t have kids.  I’m broken. There, now you know.  And, Juan and Molly are having a baby girl tonight.  They are naming her Renee Sheba.”  Her voice cracked. “Sheba was my lion, not his!  It’s not fair.”


Alec sat with his mouth slightly agape, as if he had just witnessed a terrible accident and was trying to decide what to do next.


He stood very quickly, raised her from her chair and wrapped his arms around her hugging her.  Hard.  Suffocatingly hard, in short bursts.


Then he kissed her.  Just as hard.


She leaned back in surprise and he released the embrace.  She raised her fingers up to her lips, which tingled from the intensity of his kiss.


“I’m sorry, that was very forward of me.  Do you want me to go?” He asked, his voice low and husky.


“No, I don’t want you to go.  In fact, please stay.”  I want you to read my mind and tell me everything that I need to hear right now.  “You’re not broken.  You’re beautiful.  Juan is an idiot.”  Any combination of those three would be great.
Here is the blurb for this story...
The Zookeeper
Elizabeth Tanner was raised in a Zoo.  Literally.  But now that Zoo is in danger, not only from falling ticket sales, but also from a mysterious illness afflicting the animals.
Frank Adams, the newest Animal Care attendant, spent time behind bars himself.
But, in this Zoo, even the strongest bars can’t hold back the truth.
And the truth will be set free. 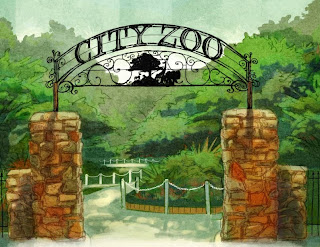 This week’s sexy snippet (http://www.mysexysaturday.blogspot.com/) comes from my WIP “Mountains and Skyscrapers.”  Elle has gotten stuck somewhat babysitting Michael, the sharp suited businessman from New York, as he has opted to join his future employees on a hike in the beautiful Rocky mountains near Denver.  Elle is not a future employee, she is the sister of the man he is buying the company from (and the silent partner - unbeknownst to him).


Michael quickly glanced over at the rest of the group.  Three men, his future employees, lounged on a big flat rock engaged in their own animated discussions.  He followed her through the trees and after about thirty feet, they emerged on another smooth rock face that did, in fact, have a sweeping view of the mountain.

“Yeah, it’s beautiful.  I come up here a lot.”  She turned, offering him the straw from her hydration pack. “Drink this.”

The straw rested near her face so he hesitated, feeling a sudden wave of irritating pre-pubescent shyness surge through his body. She rolled her eyes and removed the clip, which stretched it an extra few inches in his direction. “Do you want me to take off the whole pack so you can wear it, since it appears we’re going to be sharing it today?”

Michael was embarrassed about neglecting to bring his own water, but he was thirsty and glad that she hadn’t called attention to his lack of preparation in front of his future employees. He leaned in to drink, and a passing breeze wafted across her skin toward him. Her neck was only a few inches away and she smelled faintly of cinnamon as he suckled the straw from her pack, feeling the cool water wash over his tongue and slide down his parched throat.

“Well don’t drink it all. What were you thinking anyway, coming up here with no water?” She asked suddenly, causing him to lean back in surprise

Michael wasn’t sure how to respond but before he could form any words, she had already disappeared through the trees to rejoin the group, and left him standing alone and still thirsty.  He rushed to keep up, glad to have the view of her figure a few feet in front of him to keep his eyes steady.


Here is the blurb for the story:


Elle Thompson was raised in Denver.  She gardens.  She paints.  She knows how to avoid cougar attacks. Real ones.


The only cougars that Michael Williams usually worries about are the ones that wear leopard print leggings on 5th Avenue.


But, when Michael’s acquisition firm sets its sights on her family’s business, his tidy life goes awry.  As his life unravels, so do all of his pre-conceived notions of love, and what a perfect partner should be. 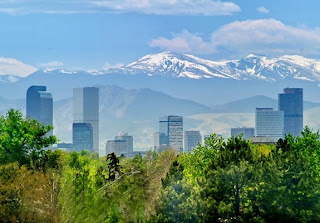 My dream wasn’t to write romance.  No way!  I wanted to write “serious” fiction, maybe even horror.  So, how did I end up writing romance?

Like most writers, I started writing at an early age.  Poems, short stories… whatever.  Then, “real life” set in and I knew that I had to pick a career so I chose another artistic endeavor…graphic arts.  I was lucky enough to work with a great team for 15 years, and I enjoyed every moment of it.

When my son was born, the time came to say goodbye to that lovely group of comrades.  Soon after, I enrolled in some online fiction writing classes from Gotham Writer’s Workshop.  One of my instructors noticed a pattern in my work and suggested I take a class in Romance Writing.  Huh?  Me??  But, I like to write “serious” stuff!  Still, I took her suggestion and signed up for Romance Writing 101, and I’m so glad I did.

Romance was the niche I was looking for.  All of my stories already had a common thread of romance in them, but I hadn’t thought of myself as a romance writer.  Don’t most stories have a romantic element to them anyway?  Well, yes and no.  I found that with “romance” writing there was a definite pattern, a common story arc.  In romantic fiction the story revolves more around the characters than the setting or other elements.   Themes like learning to trust and love are common, and something that I find fascinating and uplifting.  Writing romantic fiction is like writing stories where, against all odds, the underdog always wins.  And since I always root for the underdog anyway, it seems like a natural fit.

Thus began a sickness.  A sickness?  Yes, writers are a bit sick in the head sometimes!  We have characters vying for our attention 24/7, begging for their stories to be told.  We are way too critical of ourselves, and we sometimes forego food and water if we’re on a roll.  Sounds like a sickness to me.  But, I wouldn’t have it any other way.  I’ve always thought I was odd, now I have a badge.  My badge says “Romance Writer”. 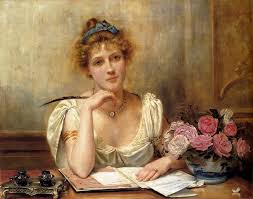