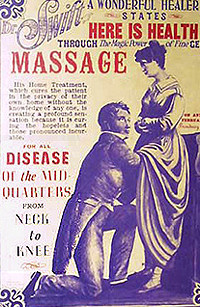 My Psychology instructor teeters on the edge of reason, as any good Psychology instructor should. On one hand, he’s a genius; on the other he is a plodding older man who doesn’t know how to use Windows. Each week into this semester has proved more interesting than the last, but I’m hoping that this past Tuesday will be as far as he will push the envelope. I can take it, but I’m not so sure the majority of my classmates, all wide-eyed in wonder and younger than me by at least 15 years, would be able to.

Class started normally enough until he suddenly said “Shit!” and spit his upper dentures into his hand. “Well, they broke,” he concluded upon examining them briefly, then shoved them into his back pocket and continued the lecture. This elicited a few blinks from the audience, and a few bodies shifted in their chairs. Well, it’s not every day that your instructor spits his teeth out.

Thus, he spoke with a lisp the rest of the night as he lectured about Freud and the Victorian times. He started to delve into the phenomena called “Hysteria” that many women were diagnosed with at that time. Students sat close to the edge of their seats, intrigued.

I turned to my partner, one of three of us in that class who are older than the majority of the students and said “Oh my God, is he going there?”

He told us how women with hysteria would make appointments with Dr.’s who would have them sit in modified dental exam chairs with stirrups attached to them and suggested that the female members of the class would know what he meant. Again, I turned to my partner and said “My God, he IS going there.” At this point I had to lay my head sideways on my desk to muffle the giggles I knew would come (pardon the expression).

He continued to explain to his wide-eyed audience how the Dr.’s would reach up under their patient’s skirts and use an apparatus with a rubber tip (of many different designs), stimulating their clitoris and bringing them to orgasm, thus curing them of Hysteria. A pin could drop in the room. My body silently convulsed from giggles and a tear slid down my face. Mind you, his dentures are in his pocket and he is talking with a lisp. He proceeded to explain in detail the differences between a clitoral orgasm and a vaginal one.

After regaining my composure, I wiped my eyes and sat upright to listen again. It’s a good thing I sit in the back row.

I’m certain that my posting here has failed to accurately depict what occurred in the classroom that night, but I’m pretty sure some of the students were traumatized based upon their lightning fast exits and red faces. And, I learned that after all, I am still a 13 year old girl in Health class who can’t help but giggle like a loon whenever she hears certain words. 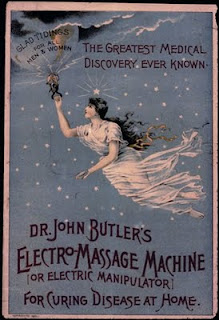 Email ThisBlogThis!Share to TwitterShare to FacebookShare to Pinterest
Labels: humor

“There are starving kids in Africa.“
I remember hearing this at the dinner table growing up, as I’m sure we all did.  Our parents and grandparents unintentionally guilted us into doing something we didn’t want to do because there were kids out there that couldn’t do it.  After hearing this for the twentieth time I started to wonder why they couldn’t just box up my leftovers and send them to the poor kids that didn’t have any food.  In my 6 year old mind it made perfect sense, so I didn’t understand why my well-meaning suggestion was met with a reprimand.
Thus, here we are some 30 odd years later and I am still hearing and feeling echoes of those conversations, although a bit different.  There is always someone that is worse off than me.  Of course there is, and I know there is.  I’ve been lucky enough to travel a lot and have seen some very poor areas where homes (if you could call them that) are barely bigger than what I call a bathroom and made out of particle board.  I’ve worked in a convalescent home.  I’ve sponge bathed ill relatives.  I’ve held a dearly loved one as they passed to the other side.  I’ve seen more death than most people my age.  Yes, I know loss.  I know pain.  I know betrayal by a loved one.  But, I also know that there is always someone out there who is worse off than me.  And, maybe, knowing that is what helps me to keep my head up when it becomes increasingly enticing to let it slump instead.
Yes, there is always someone out there who is worse off than me, but does that mean that I should “suck it up” and continue with what I am doing with a smile on my face?  Does that mean that I should happily finish my okra knowing that some poor child in Africa can’t have it, as if my feat would help them in some way?  Or does it mean that I can decide that I hate okra, and instead take my childish idea of packing up my meal and turn it into a real-life idea that can actually help get nourishment to Africa?
Someone is always worse off than me, but that doesn’t mean that I have to put up with sub-standard relationships, friendships, behavior, jobs, or anything else (including okra).  I can acknowledge that there are starving children in Africa (and everywhere else).  I can help them.   I can honor their pain with a tangible form of assistance, not by eating my Okra 10,000 miles away on the other side of the planet.
Posted by Kay Phoenix at 9:19 AM No comments:

Email ThisBlogThis!Share to TwitterShare to FacebookShare to Pinterest
Labels: Philanthropy

Sometimes I feel
Life’s anything but fair.
But the stupid truth
Is neither here nor there.


The truth’s in the days,
The details, the hours.
The seconds, the minutes
They have all the powers.


The truth’s being present
Each breath I take.
It’s choosing my path,
A destiny I make.


Do I turn left?
Or do I turn right?
Or do I head straight
And venture to night?


A blanket of silence,
The night air seduces.
I step into its comfort
And join the Medusas.


They have gone before
And some still will follow.
Those who have trusted
The pill they have swallowed.
Posted by Kay Phoenix at 11:30 AM No comments: